Last March I attended the Autorama muscle car show at the International Center near the airport in Toronto. Prestone had commissioned the Ring Brothers, of Spring Green Wisconsin to build a car for their 90th anniversary.The Ring brothers picked a 1972 Javelin AMX that they had known about for years and were able to buy. This car was displayed at this show. Now, I own a 71 Javelin AMX so that would make my opinion somewhat biased, however I thought it was the nicest car at the show. The workmanship on this build was beyond words and so was the attention to detail. I had the opportunity to talk to the person who was in charge of the actual build for Prestone and it was a very interesting conversation. About the only original pieces left of the car were the roof and the rear window. Everything else was made in their shop. The front wheels were moved forward 6.5 inches which necessitated new front fenders which were made out of carbon fiber as was the new hood. The rear fenders were also widened and also made of carbon fiber. The front grill and rear tail panel are custom pieces. The front and rear bumpers are billet aluminum and integrate with the body almost seamlessly. Check out the pictures to see for yourself. The rear taillight is also billet aluminum and now includes a center mounted fuel cap, also billet aluminum. Almost everything that was metal on or in the car has been remade in billet aluminum….outer door handles(which are recessed), inner door handles, window cranks, side view mirrors. The whole front fascia is custom with openings to increase airflow to the engine. In the interior the dash, door panels and steering wheel look stock but have been reproduced. The steering wheel is a one off custom billet piece. The gauges while looking stock are all new pieces in the original location. The center console is custom and there is no back seat, which now has two storage bins and a package tray. The front suspension has been replaced by a Detroit Speed front subframe with coilovers and tubular control arms. The wheels are 20 inch forged with 305/30R20 up front and 335/30R20 in the rear. A GM 12 bolt with a custom 4-link is out back. The AMC 401 was considered for the powerplant but it was felt that parts availability, reliability and driveability wasn’t there. I know there are a lot of 401 owners that would totally disagree with that assessement, but we did not make the final decisions. Since Chrysler bought out AMC, the Ring brothers felt it was fitting to use a Mopar engine and chose the 6.2L Hellcat V8 which was built to more than 1000 HP. When I asked what this all cost he did not want to quote any numbers but needless to say it is beyond the capabilities of the average guy. If you google Ring Brothers Defiant, you can watch and hear video of this car performing. Well worth the look. All in all a fabulous build which will put AMC back in peoples minds. Unfortunately it was the only AMC in the show. If anyone is interested in getting their AMC into the show next year get in touch with me as I have the contact info for the organizers of the show and maybe we can put some AMC flavour into the show. That’s all for now. Keep on AMC’n. 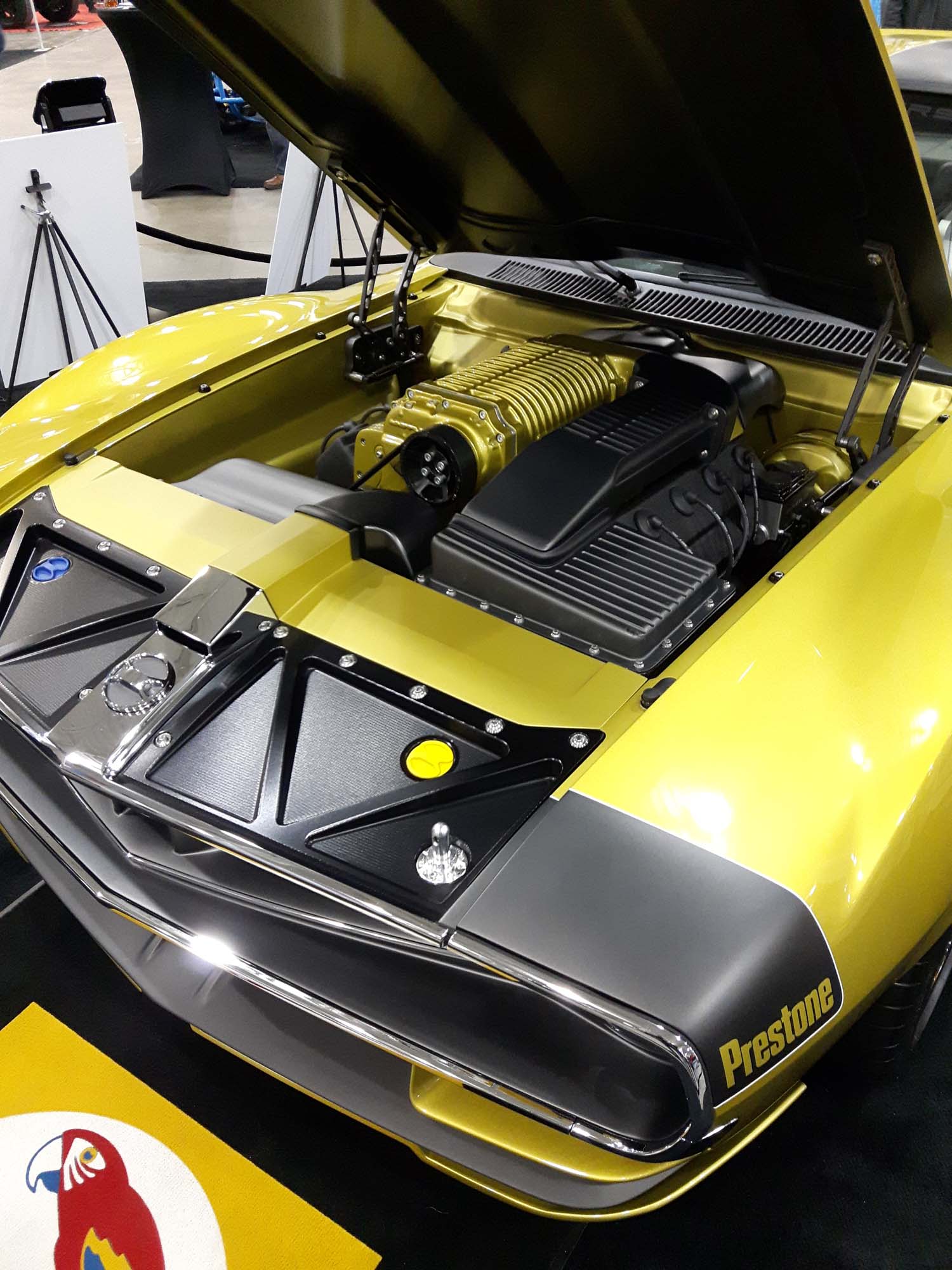 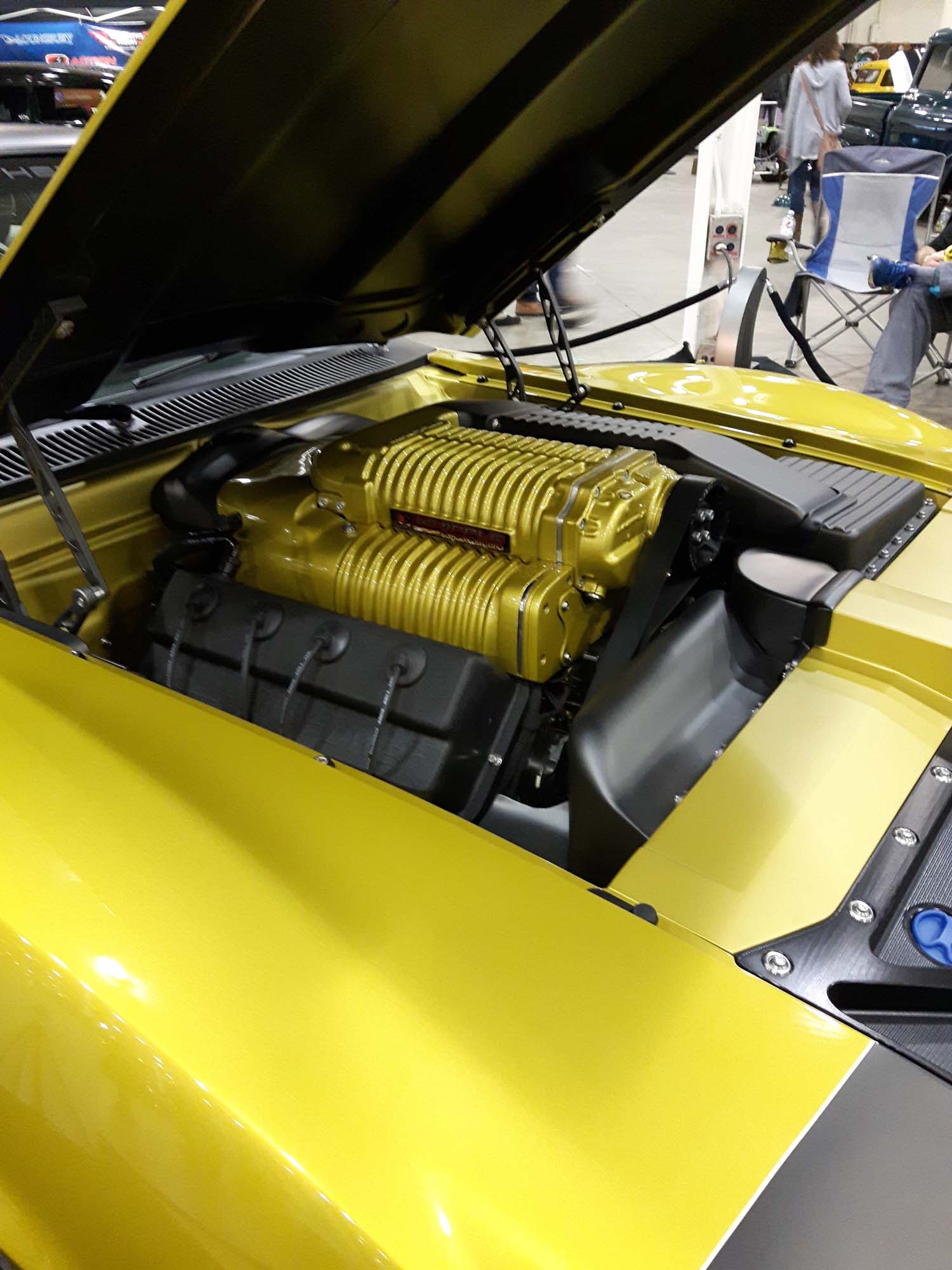 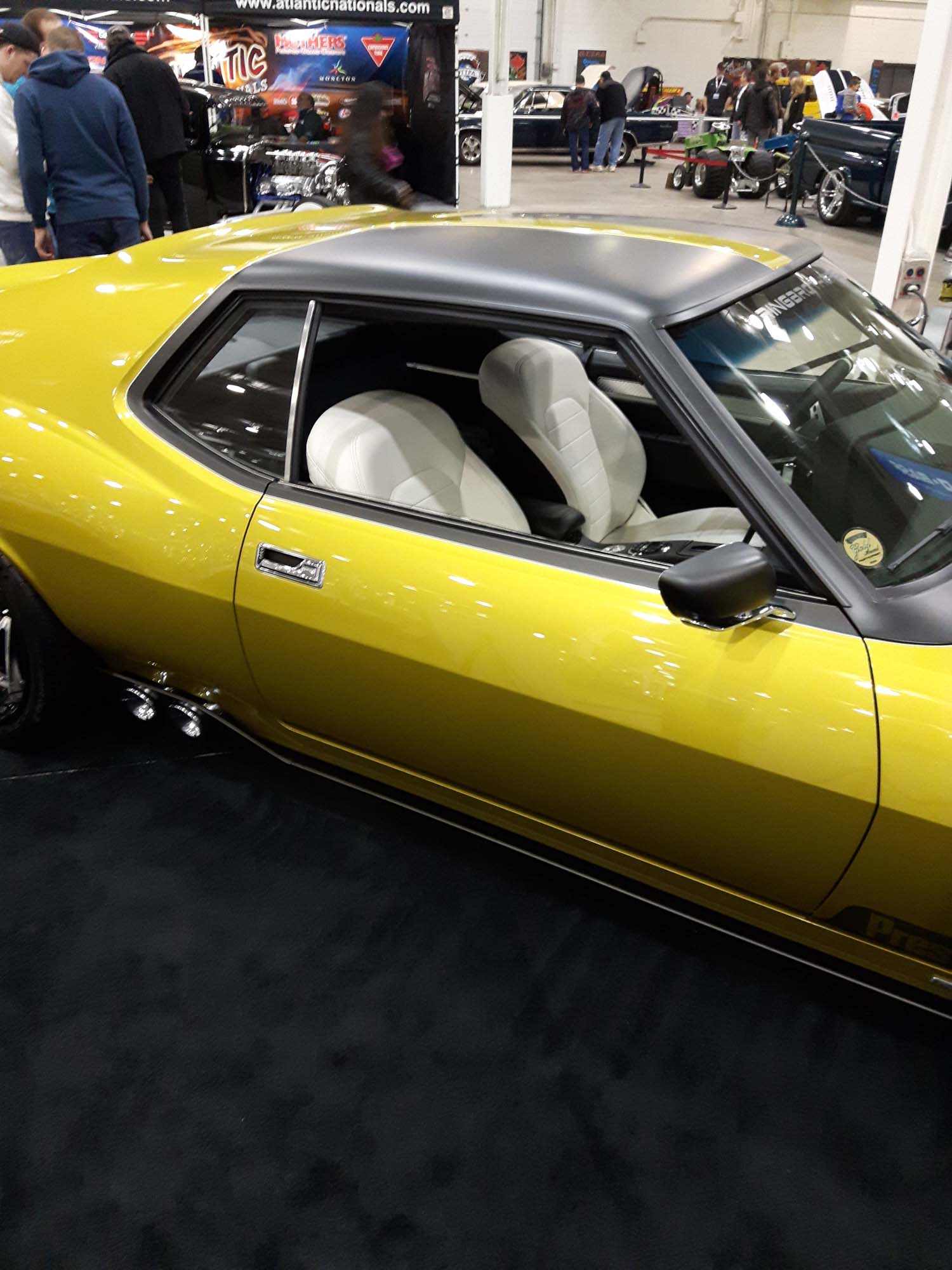 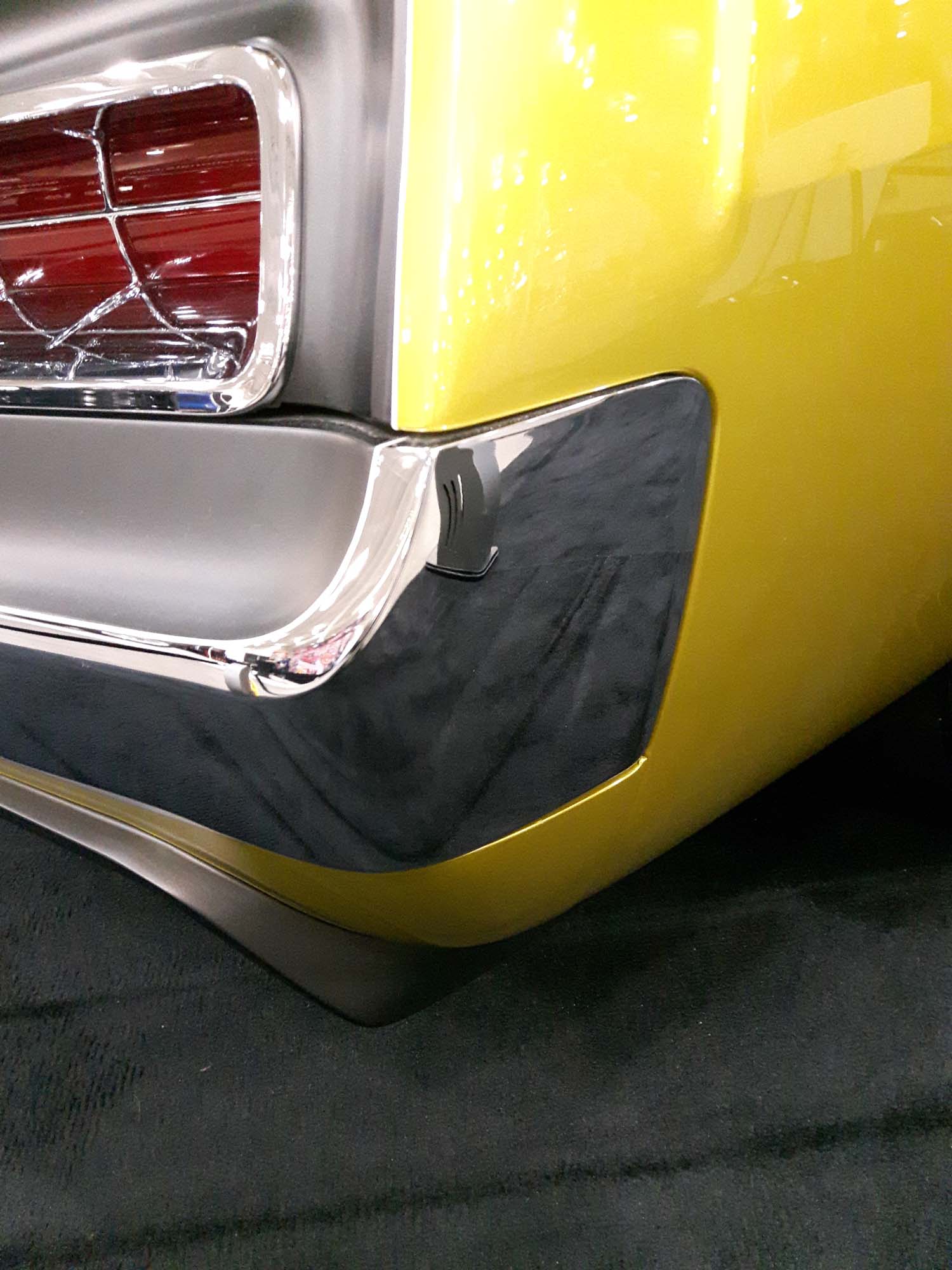 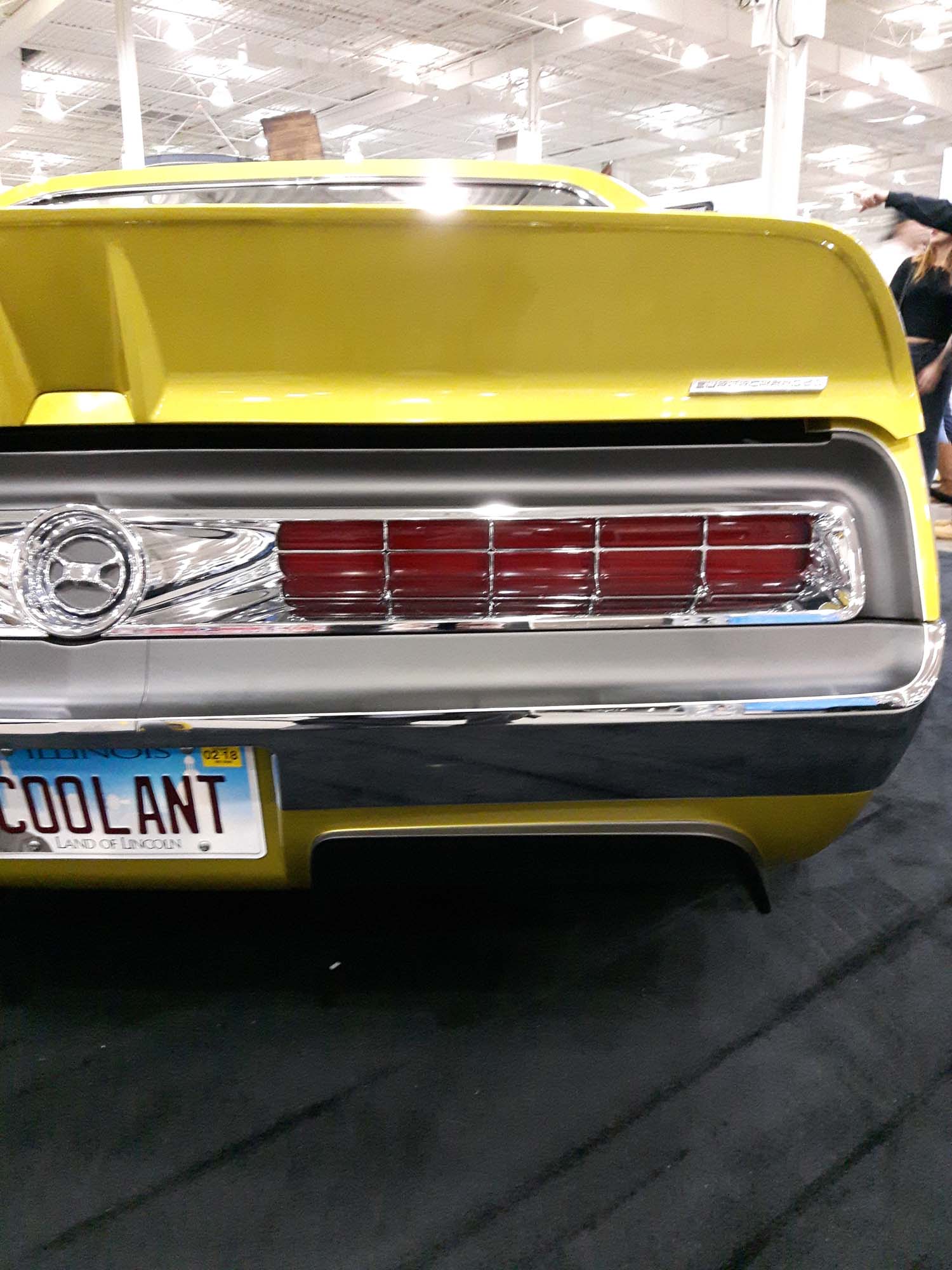 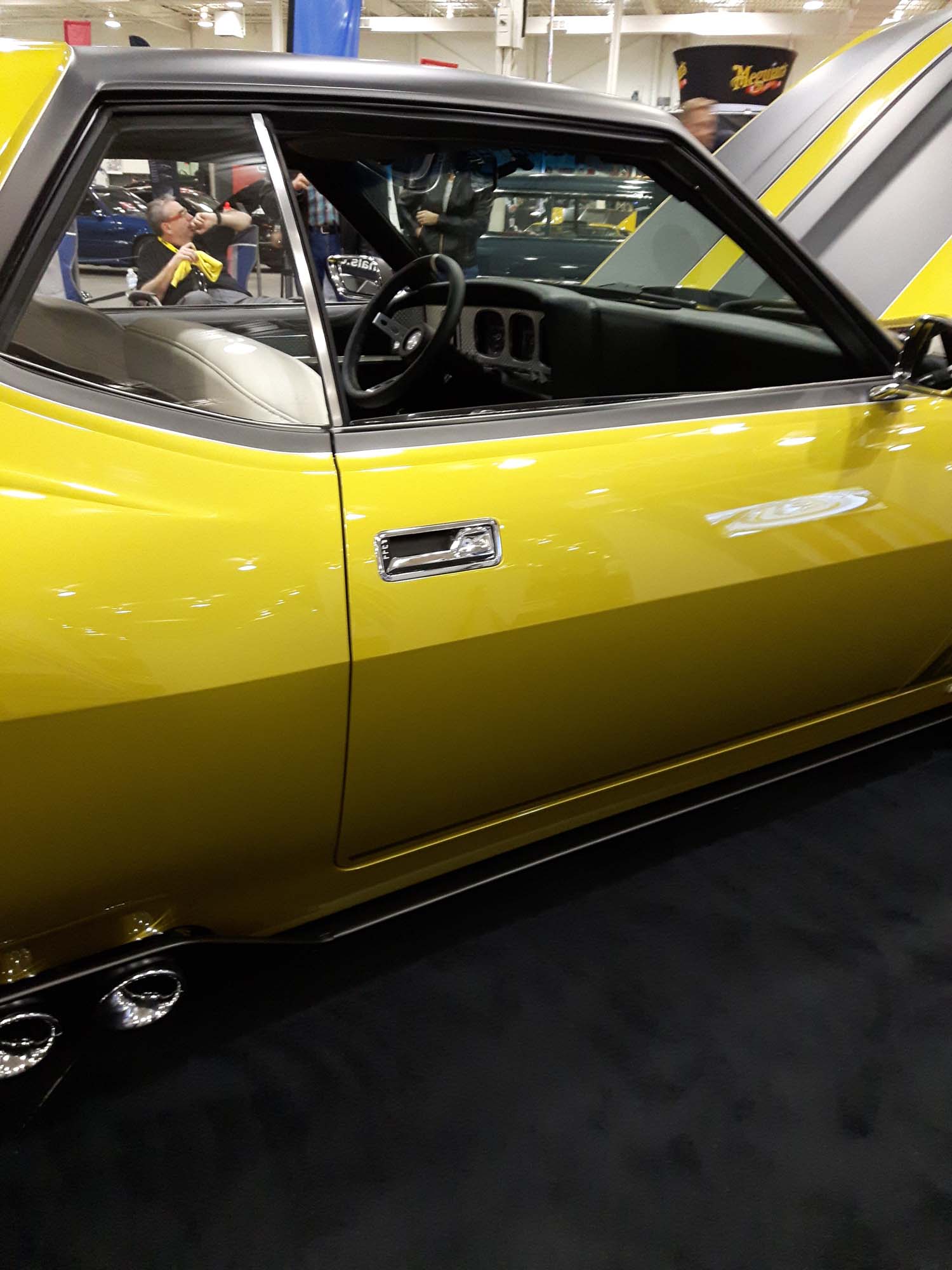 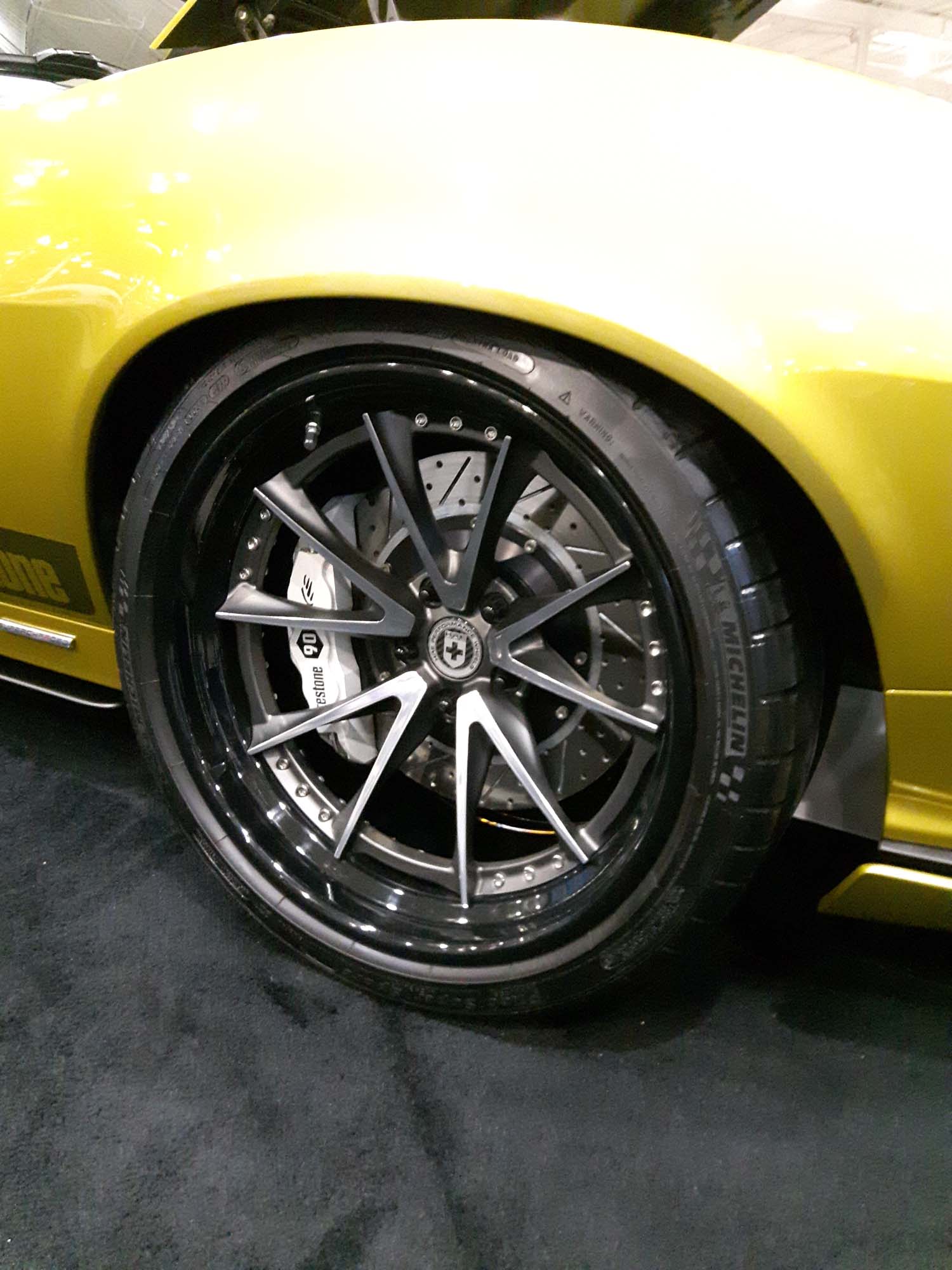 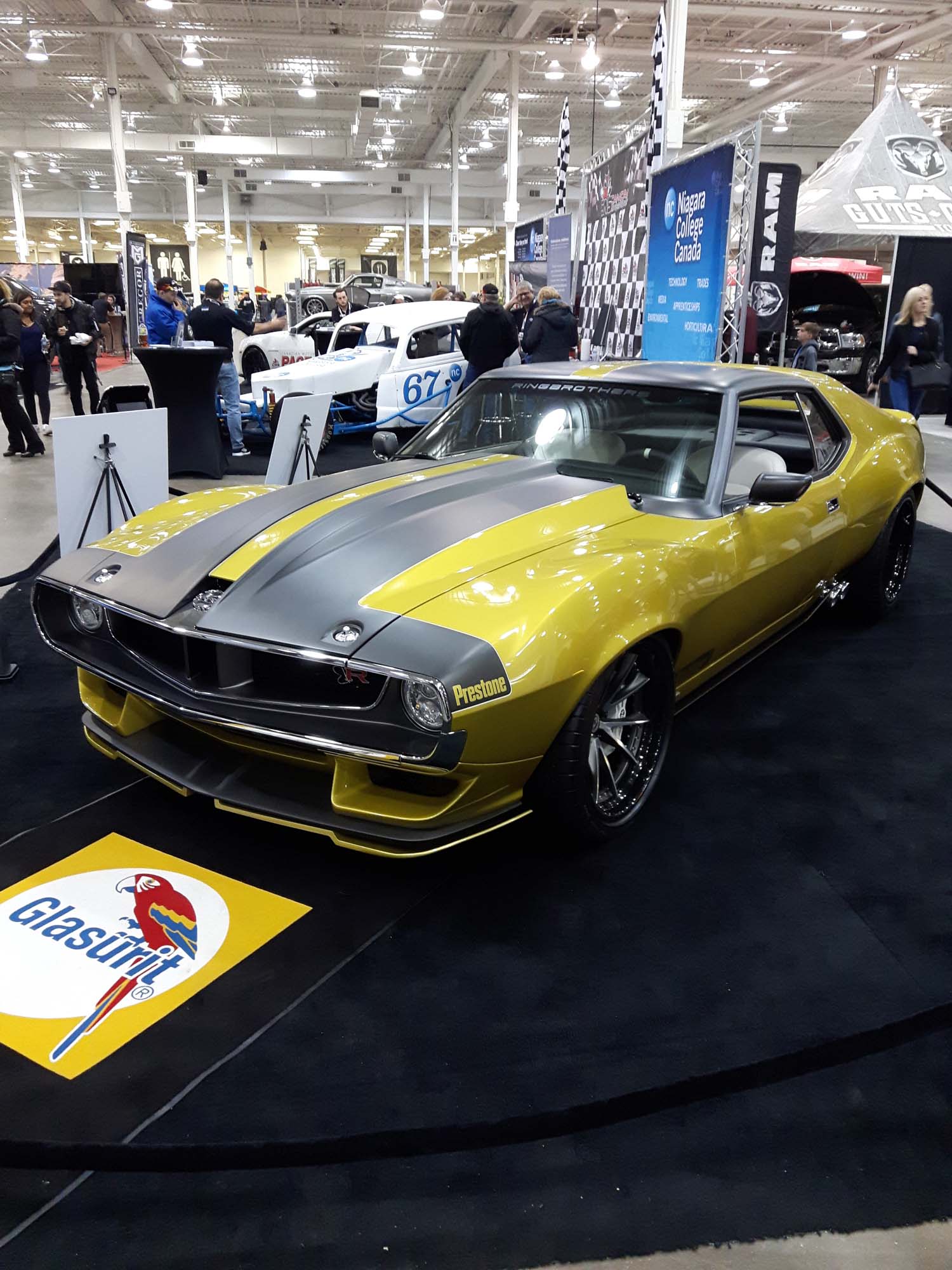 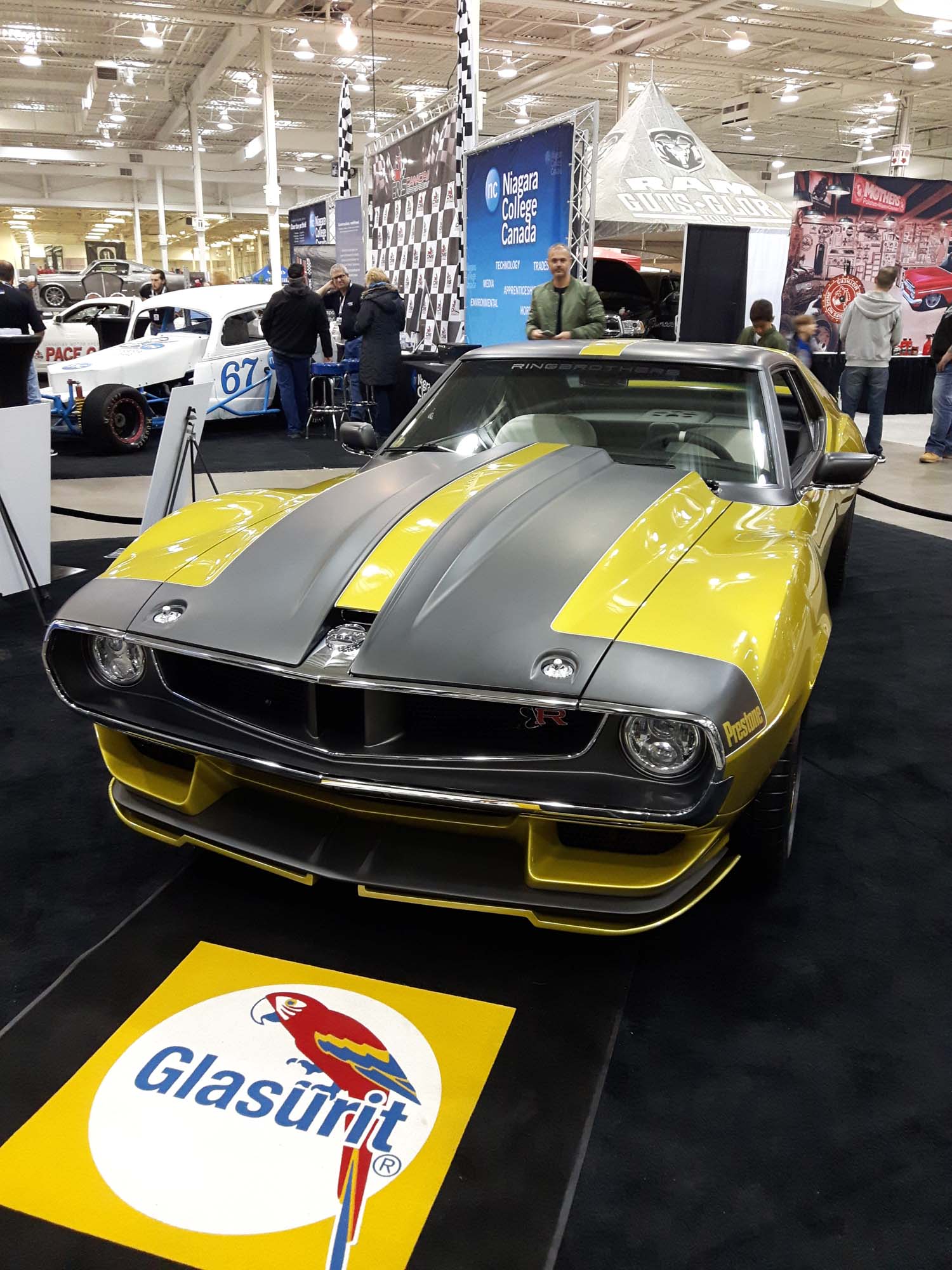 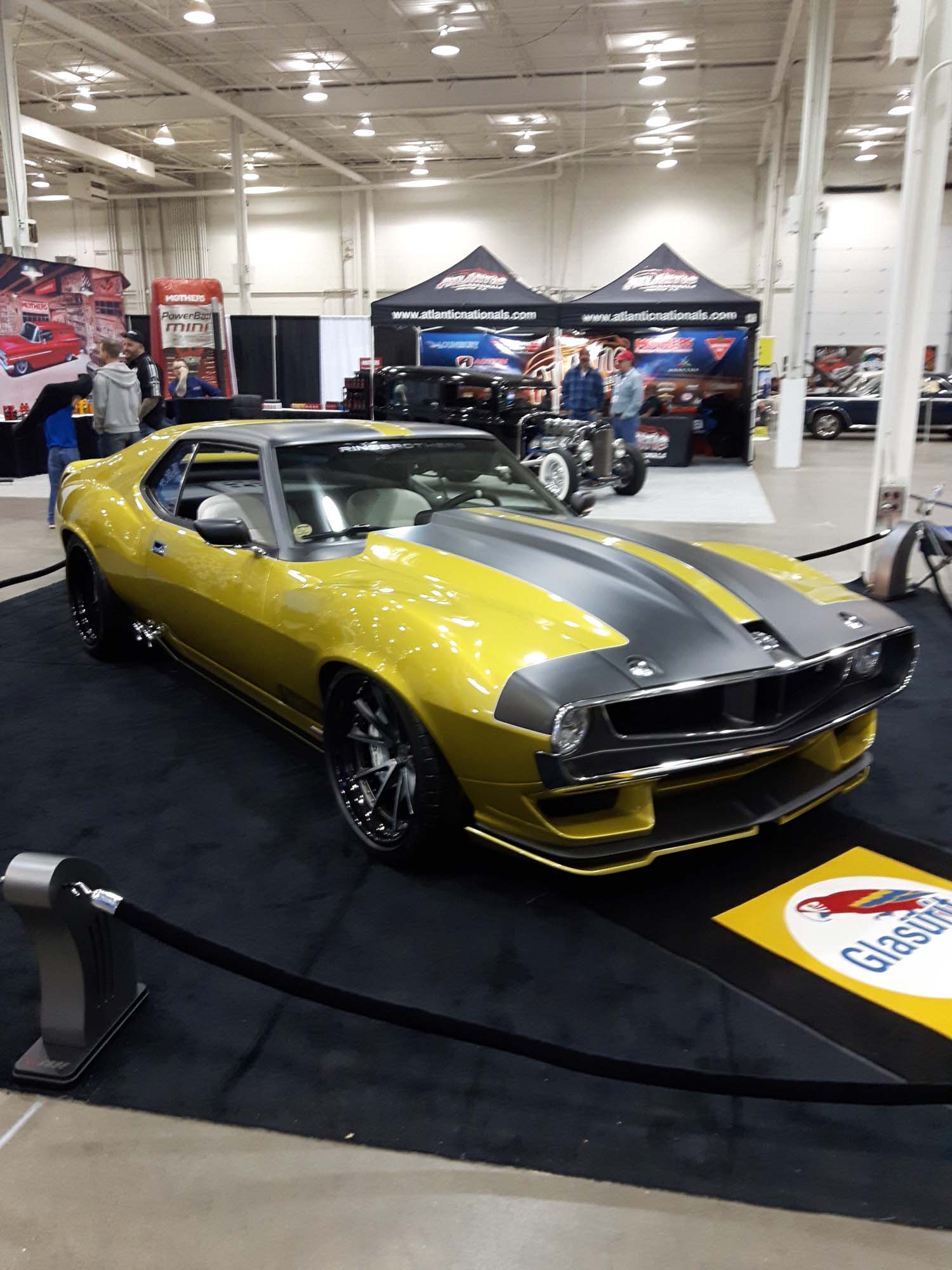 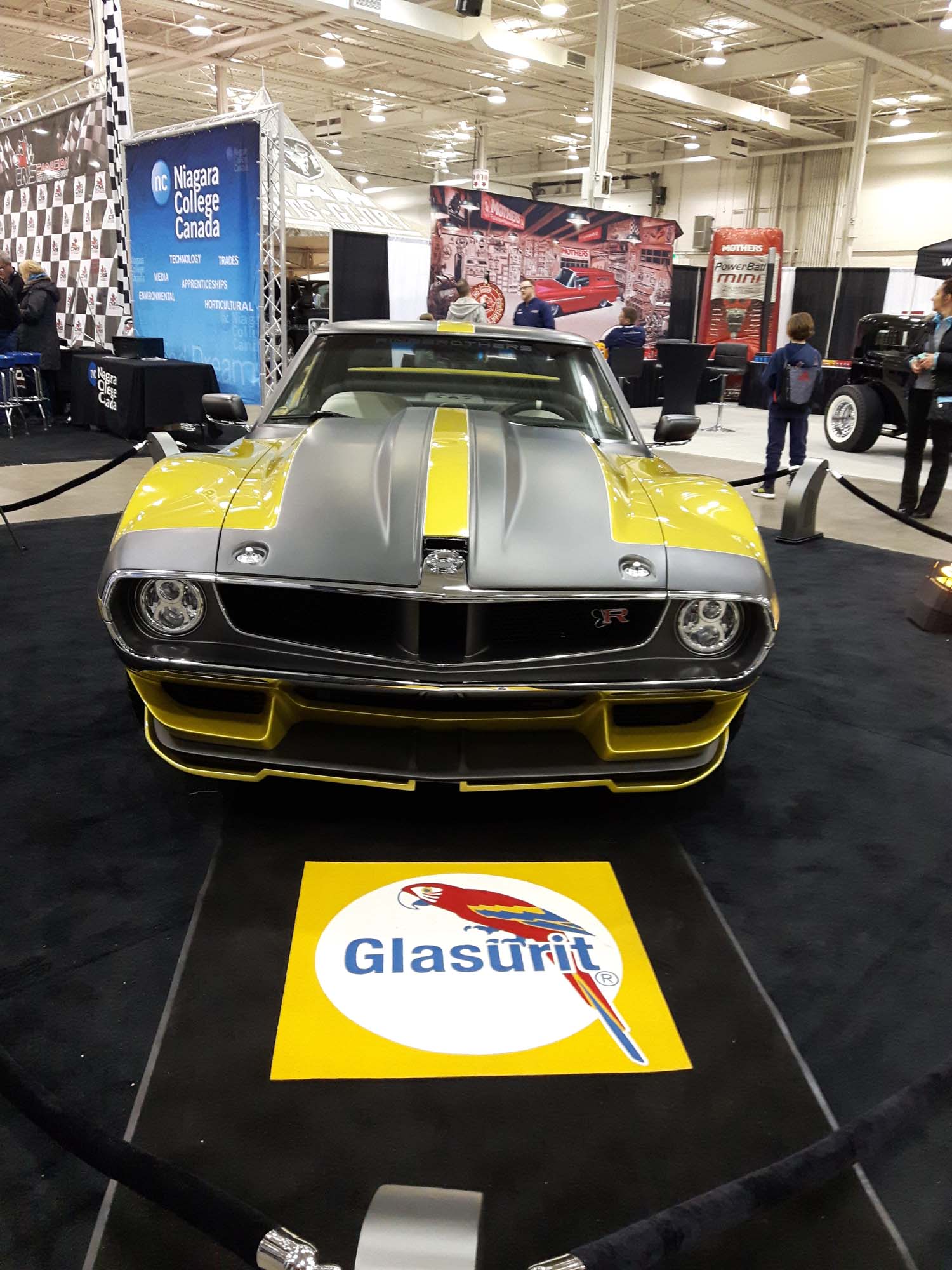 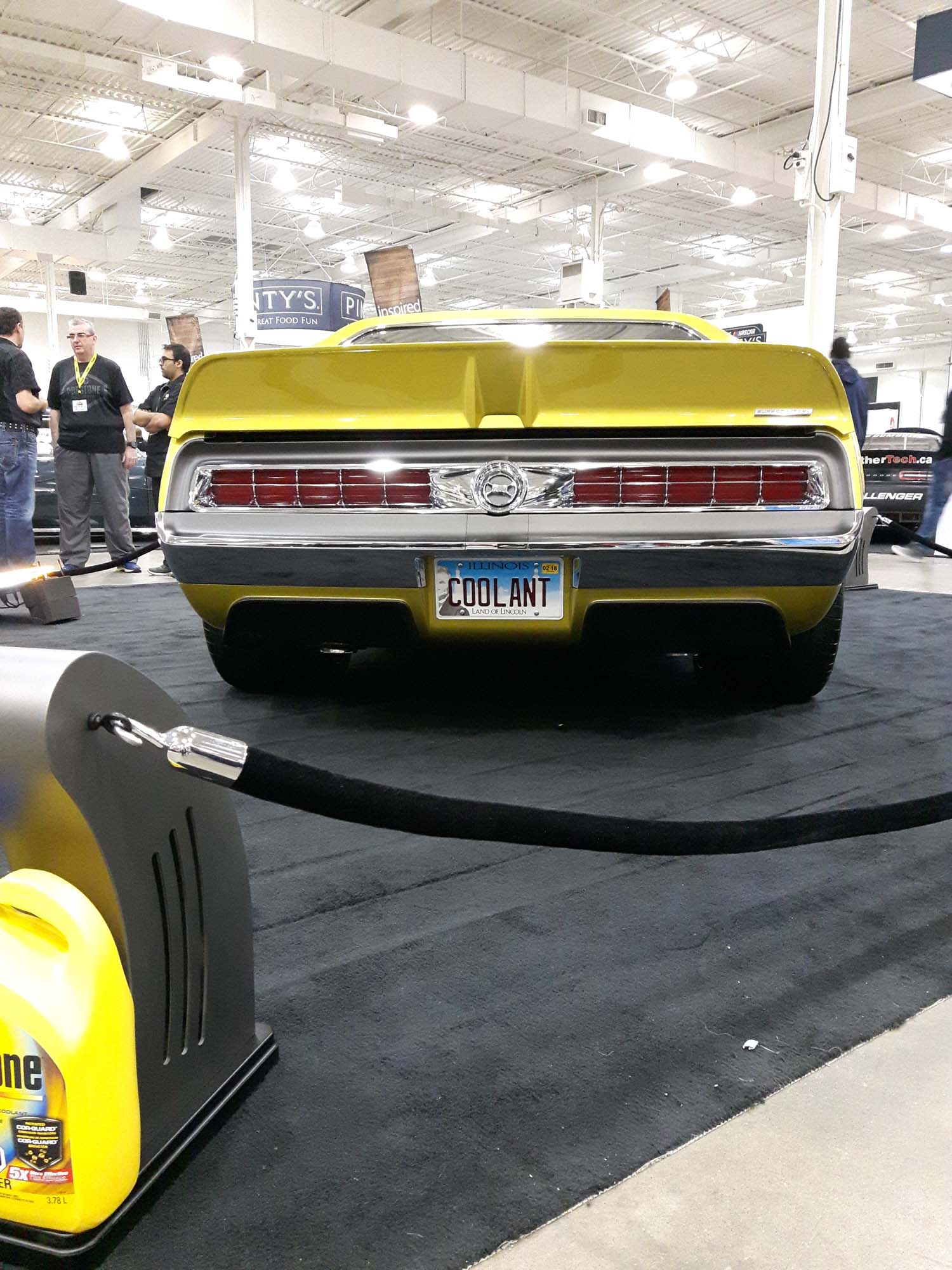 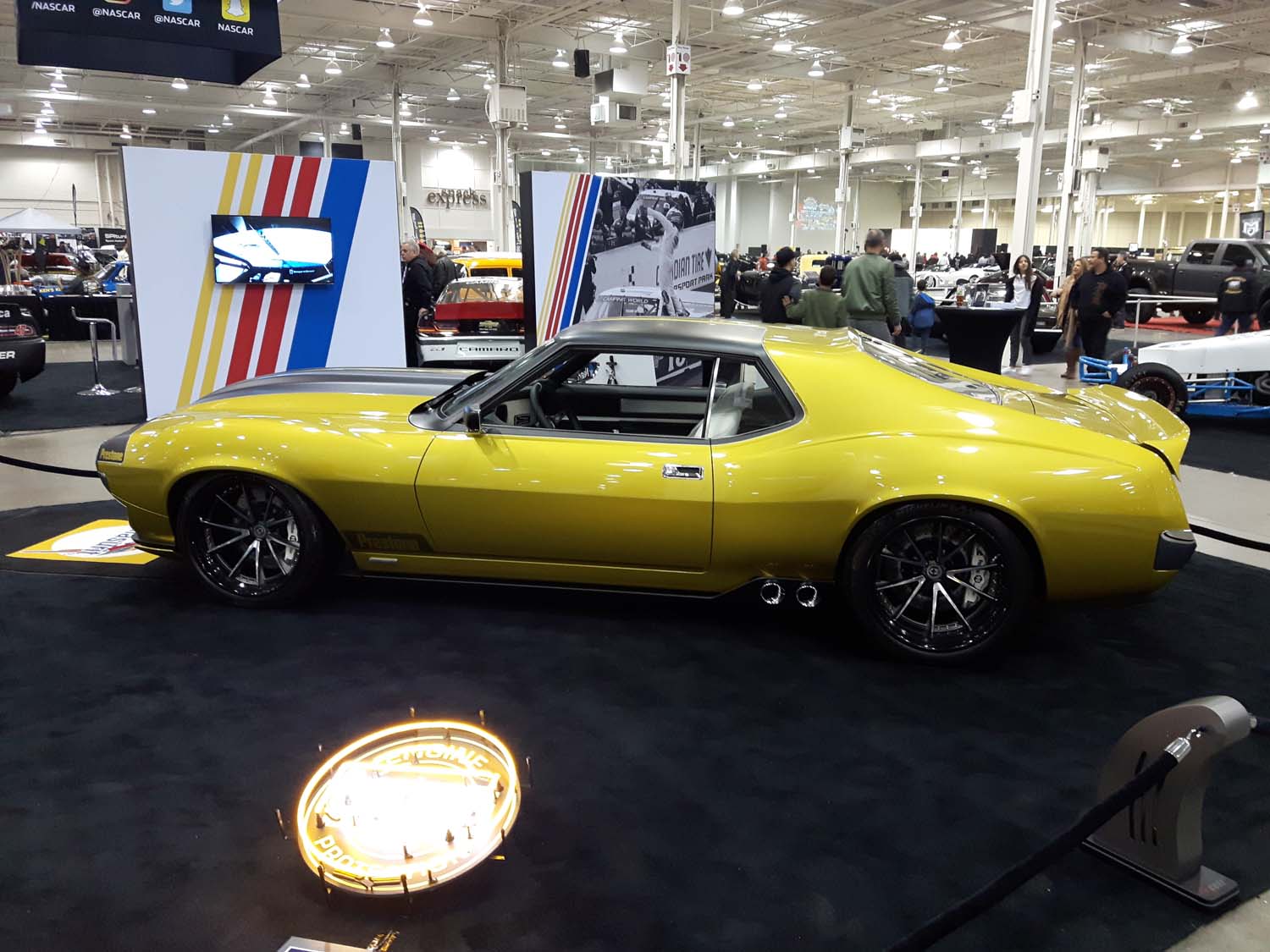 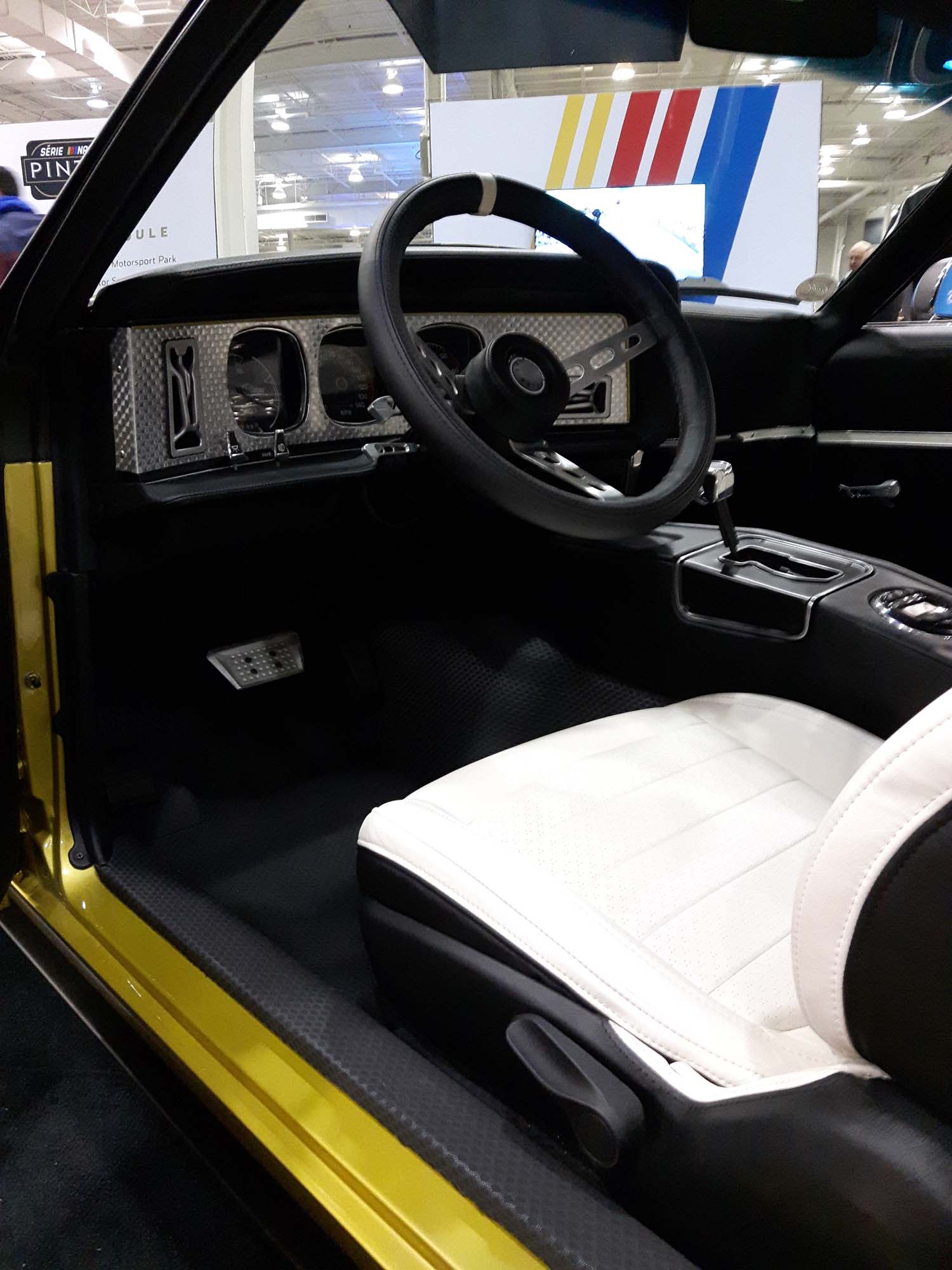 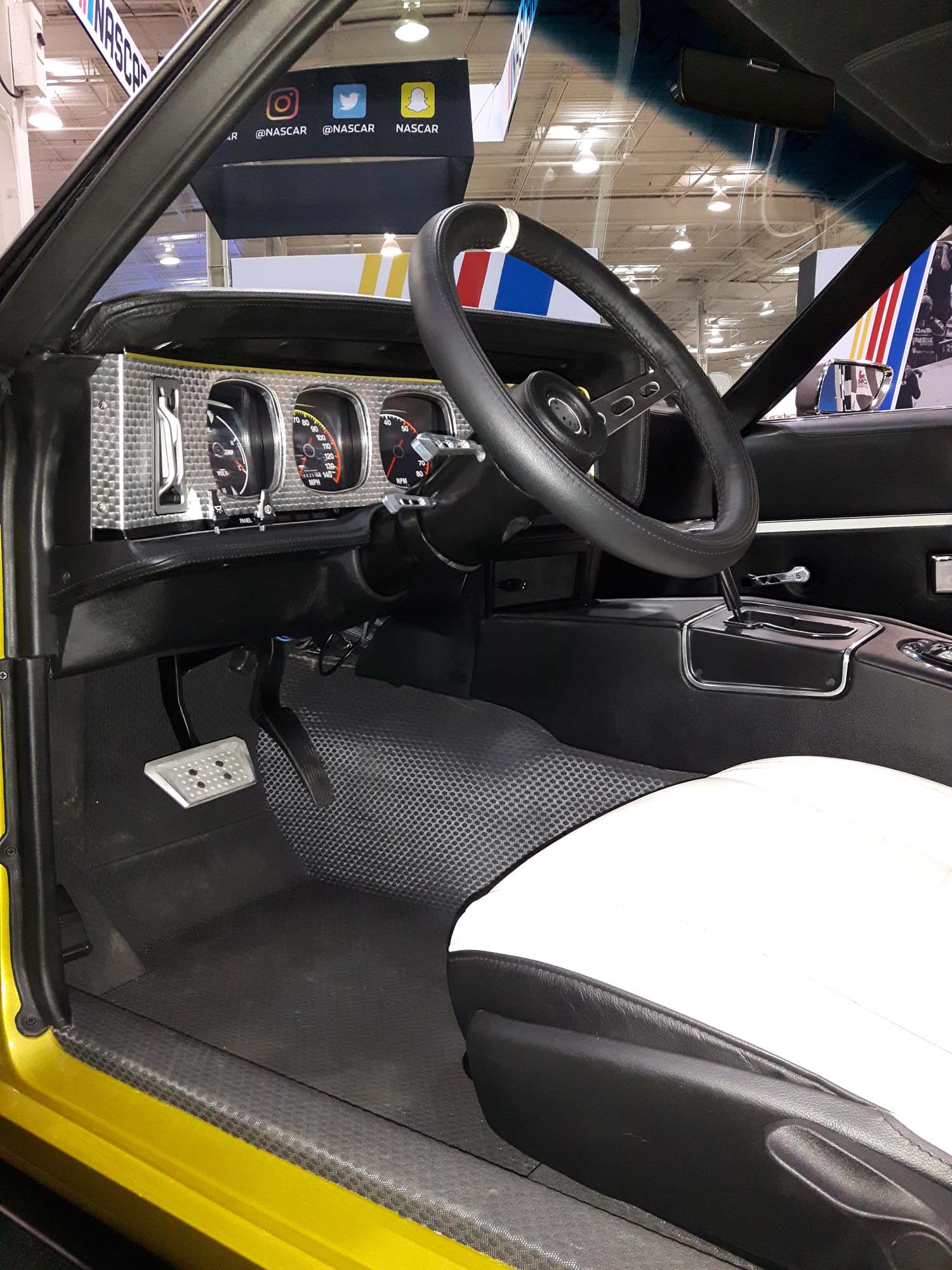 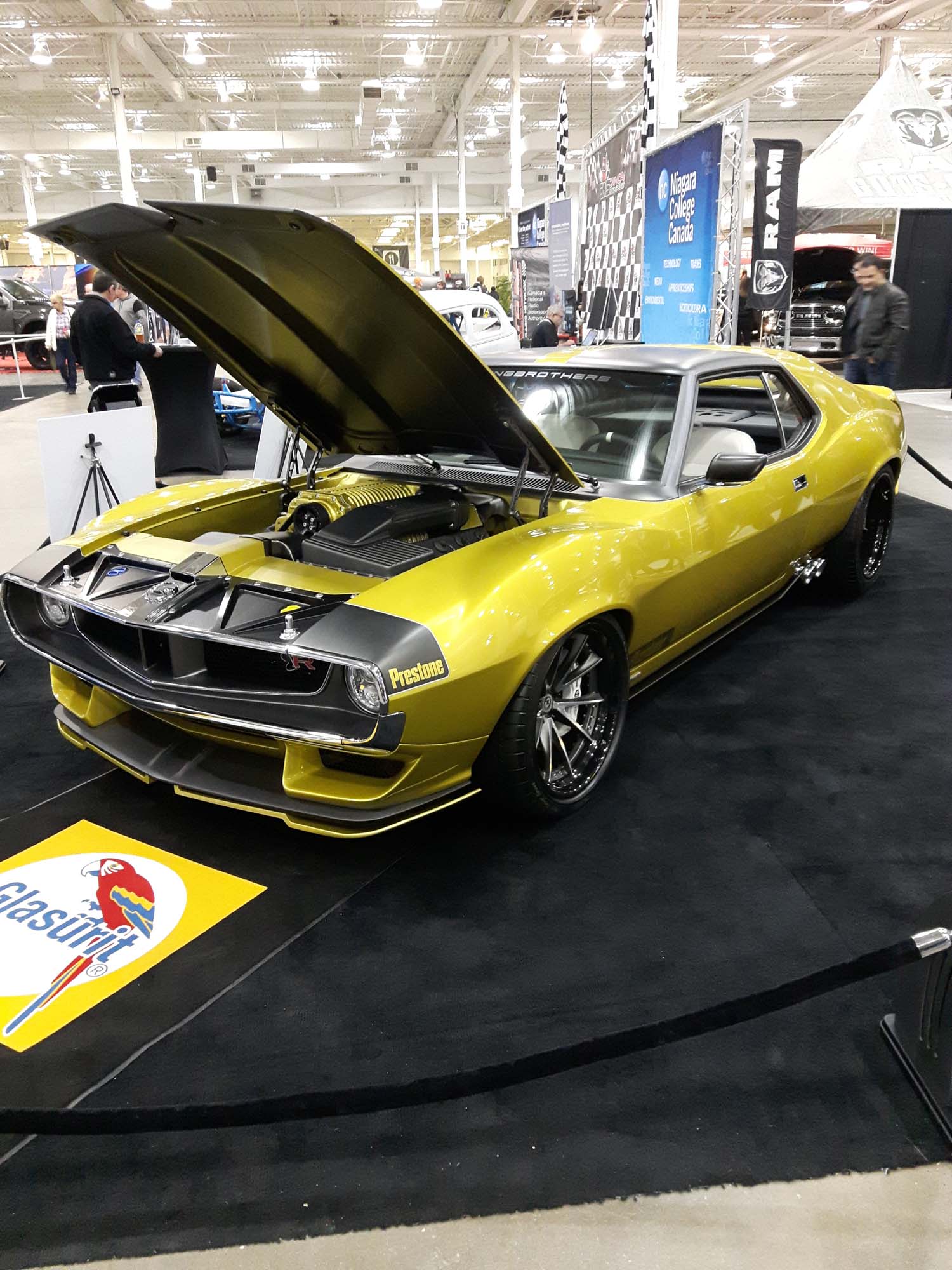